Supporting the Surviving Children of Our Fallen Patriots

Our Mission and Vision

Gold Star Teen Adventures provides mentorship, leadership development, resilience training
and team building for the children of our nation’s military, first responders and intelligence community who lost their lives.  The program teaches critical life skills through year around adventure opportunities and facilitates healing and a return to normalcy for those coping with the sudden loss of a parent. Our objective is to help these teenagers struggling with loss become more confident and productive young adults.

Kent Solheim, a special operations service member, was seriously wounded in combat in Iraq in 2007 where he ultimately lost his right leg after sustaining four gunshot wounds. Kent’s experiences on his road to recovery inspired the creation of Gold Star Teen Adventures. Kent, a father of two, realized that if he had not made it home, he would have still wanted his children to know the brotherhood of the special operations community that he had grown to love and to share the adventures that his career had permitted him to do. Additionally, Kent realized that he experienced emotional healing when he was able to spend time with others who endured similar trauma in their lives.

Gold Star Teen Adventures was created to provide a place where youth can come together to share new experiences with others who have shared a similar journey. We are built on the pillars of healing, leadership development, and opportunity. Our organization is committed to serving and honoring the community of people who have sacrificed so much.

We believe that by bringing together youth in environments where they can have fun and develop relationships amongst team leaders and other Gold Star youth, we allow them the opportunity to interact with others who can empathize with the similar emotional trauma they've experienced.

We believe that by bringing together youth in environments where they can have fun and develop relationships amongst other Gold Star youth, we allow them the opportunity to interact with and empathize with others who have experienced similar emotional trauma.

We believe that each of these teens are uniquely wired given their pedigree and that adventure is likely a big part of who they are. Unfortunately, with the loss of a parent, these youth may not get the same experiences that they would have. We want them to have exceptional, memorable, and professional opportunities to learn and experience new things and challenge themselves.

The theme of leadership is central in every GSTA Adventure. Our programs are designed to develop our participants through direct instruction and experiential learning coupled with the challenges and experiences that the outdoors can provide.

Our Board of Directors

Army (Retired) Francis M. Beaudette has joined our Board and serves as the Board Chair.  Over the course of his 32-year career in Army and Joint assignments, the majority of it as a Green Beret, Fran served with high performing organizations at varying levels, from a 12-man Special Forces ‘A-team’ to the 36,000-Soldier and Civilian US Army Special Operations Command. His recent assignments were Deputy Commanding General of the 1st Armored Division, Assistant Commanding General of JSOC, CG of 1st Special Forces Command and Commanding General of the US Army Special Operations Command. Fran is a fluent French speaker and has had the opportunity to travel to nearly 80 countries. As an immigrant, service to his Nation has been an important hallmark of his career choices. His operational assignments, totaling six years of deployed time, include the first Gulf War; comprehensive Africa experience to include noncombatant evacuation operations in Sierra Leone and the Congo; multiple peacekeeping operations in Kosovo; numerous deployments in Iraq, Afghanistan, the Philippines and Jordan, all during eras of war, turmoil or crisis. Fran was a distinguished academic and military graduate from the Citadel and holds a MA in Military Arts and Science from the US Army Command & General Staff College and a MS in Strategic Studies from the US Army War College. Fran, an avid outdoorsman, and his wife of 32 years, Liz, live in Charleston, SC. They raised three children: one a Special Forces military spouse, one serving in Special Forces, and one in college. 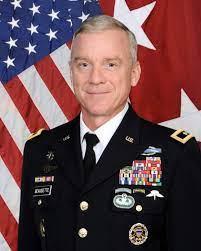 Chairman of the Board

Kent Solheim is a U.S. Army Green Beret with over 26 years of service. He is also a Wounded Warrior having lost his right leg to battlefield injuries. Kent is passionate about serving the Gold Star community and doing what he can to provide opportunity and healing to the families that have given so much. Kent founded Gold Star Teen Adventures as a result of the lessons he learned following the injuries he suffered in Iraq. He knew that had he not made it home, his children would not have had the same opportunities and experiences. He also would have wanted his children to know the brotherhood of the special operations community that he had served with. Finally, he experienced emotional healing by interacting with others that had experienced similar trauma in their lives. It was through these experiences that Gold Star Teen Adventures was born. Kent has a Bachelor of Science degree in Occupational Training and Development and a master’s degree in Human Resource Education. 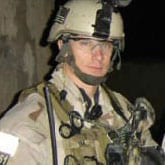 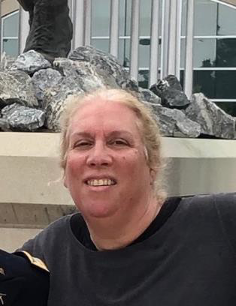 Candice and Frank Scholl make their home in south Florida and as parents of two young children, the importance of the organization’s mission was crystal clear to them.  They have spent the last decade working together to care for their children and in the service of others.  Candice has an MBA in leadership and has significant experience in healthcare administration.  She is currently employed full time as a wife and mother, while devoting significant time to philanthropy.  Frank is the Chief of the Heart Institute at Joe DiMaggio Children’s Hospital.  As a pediatric and congenital heart surgeon, and heart transplant surgeon, he has spent his career helping and looking after others.  Frank has more than a decade of experience in philanthropy and currently sits on the American Heart Association Southeast Regional Board of Directors as well as the Memorial Regional and Joe DiMaggio Children’s Hospital Foundation Board of Directors.  While neither has had the honor to serve in the military, many of their close family members and friends have had careers in law enforcement. The work of GSTA is something they are passionate about. They have used their work in philanthropy to create a legacy of giving and teach their children about giving back to others.  They are committed to using their network to spread the word about the GSTA mission. 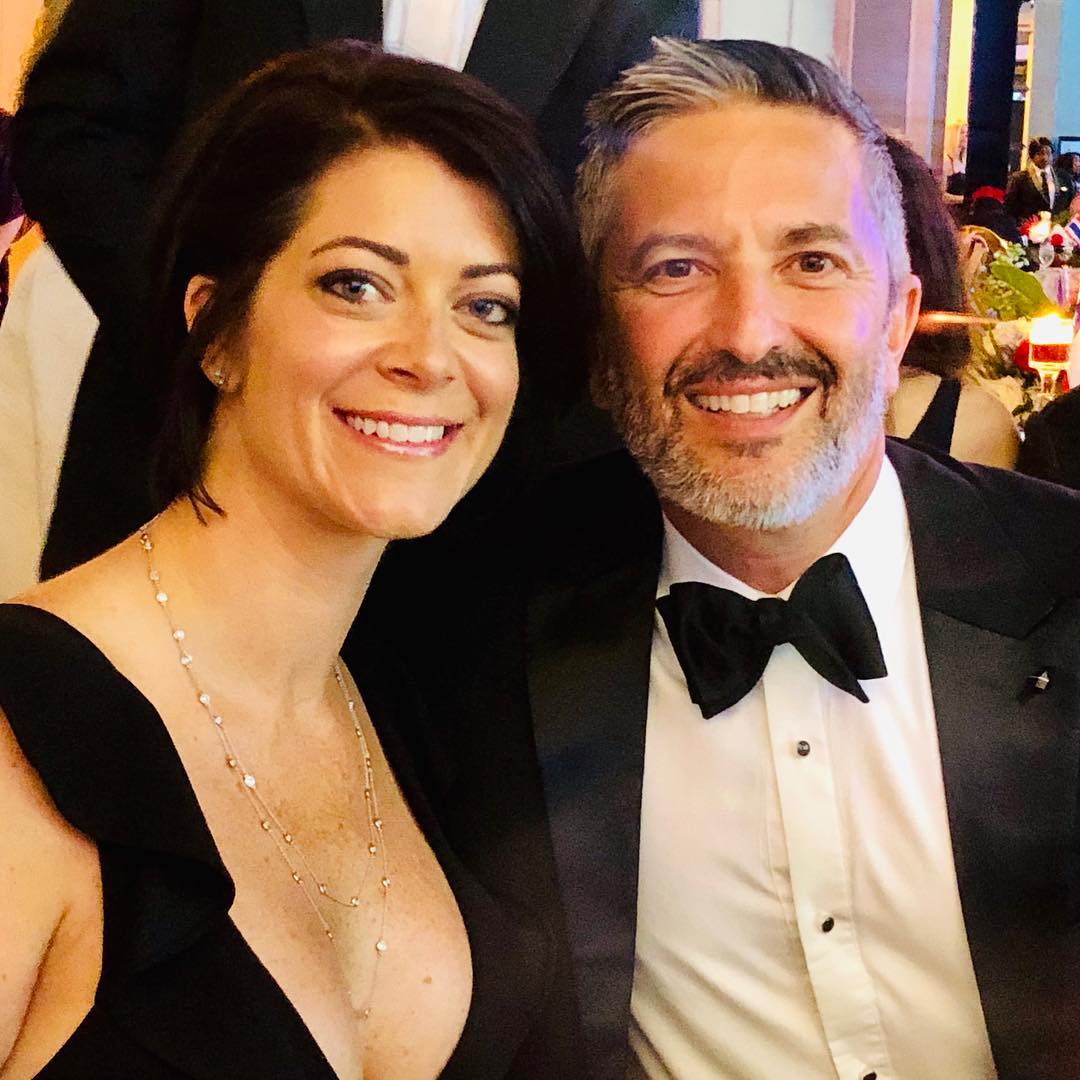 Michael is a 3rd generation Automobile Dealer in Columbia, SC  representing multiple brands including Chevrolet, Buick, GMC Truck and Mitsubishi. He has served on numerous boards and business associations including the University of SC Dept. of Retailing, Palmetto Baptist Health Systems, Midlands Technical College and the General Motors Arbitration team.  Michael joined Gold Star Teens in 2014. He is an avid outdoorsman that enjoys hunting, offshore fishing, scuba, hiking etc. Michael enjoys to travel and often vacations with his 3 grown children. As a civilian, Michael has always had the utmost respect and admiration for the military and all military families. 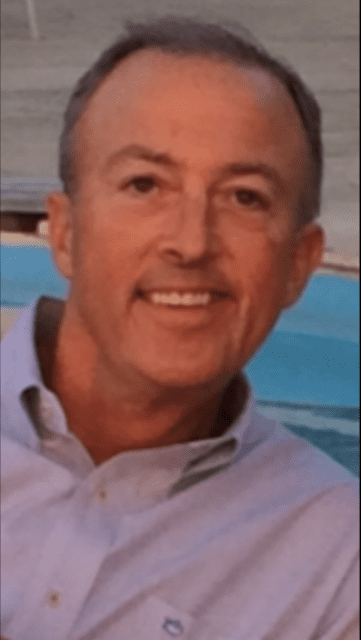 Eleanor Halff is the owner of E.H. & Company, a San Antonio-based interior architecture firm specializing in kitchens and bathroom remodels. Eleanor is the mother of two amazing young men who have committed their lives to military service and attended the United States Military Academy. 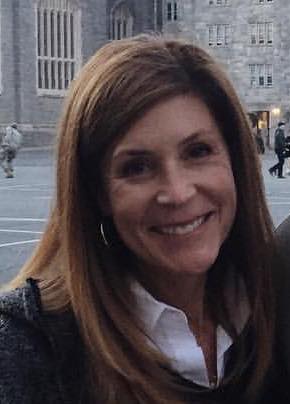 Tom Schmidt currently holds the position of Executive Vice President/General Manager of Anrak Corporation. Apart from this Tom has a passion for the sacrifices of our nation’s military and first responders and devotes his time and resources to serving this community. 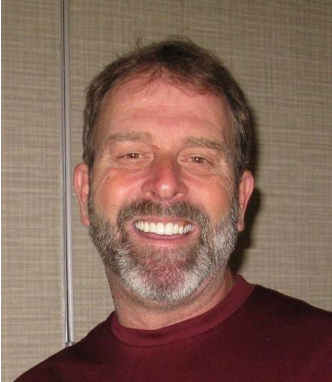 Gold Star Teen Adventures is a 501(c)(3) organization with registered with the State of North Carolina and the IRS. Our EIN is 90-09980. We are currently headquartered in North Carolina.

The Articles of Incorporation provide the legal basis for Gold Star Teen Adventures.

The Bylaws provide a foundation for the Gold Star Teen Adventures Board of Directors.

Our Commitment to Our Donors

Gold Star Teen Adventures will not sell, share, or trade our donors’ names or personal information with any other entity, nor send mailings to our donors on behalf of other organizations.

Use of Donor Information

Gold Star Teen Adventures enjoys providing donors with recognition for their gifts through print, spoken, and/or web-based media. However, you may choose to waive this recognition and make a gift anonymously. If you would like your donation to be anonymous, please contact us at info@gstadventures.org or (910) 916-6561.

Rest assured we will always respect your decision to keep a gift confidential.